New Round of Talks over Bulgarian State Mines Strike 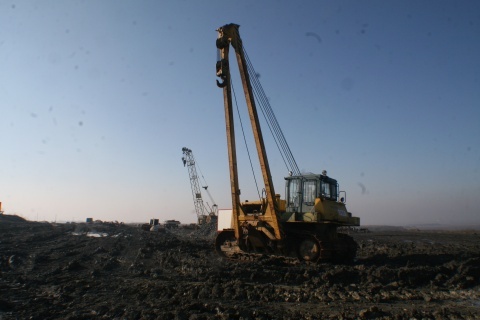 Talks between the management of Bulgaria's biggest State-owned coal-mining company, the Maritsa Iztok Mines, and the syndicates resume Saturday, while the strike is in its seventh day.

The negotiations are being launched again on the order of Economy and Energy Minister, Traicho Traikov.

Their Presidents - Dr. Konstantin Trenchev and Plamen Dimitrov will attend the meeting.

The strike at the Maritsa Iztok Mines started on Sunday at 8 p.m.

The 7100 employees of Maritsa Iztok Mines AD insist that they be paid bonuses of BGN 1000 for the record output achieved in 2011 in line with an agreement signed on July 12, 2011.

The syndicates at Maritsa Iztok Mines AD ask that the employer comply with the document regulating the relative share of the wage costs in relation to the company's revenues.

They claim that CEO Evgeni Stoykov withdrew his signature from the agreement despite the anticipated BGN 500 M in revenues of the company, thereby leaving the miners without year-end bonuses.

The management of Maritsa Iztok Mines AD insists that it has fulfilled all of its commitments under the agreement and declared the strike illegal. It, however, withdrew its claim from the Court on Friday.

Losses are estimated at BGN 6 M so far.

Also on Friday, the negotiations reached deadlock, and while commenting on the strike, Bulgarian Energy Minister Traicho Traikov announced that Bulgaria would stop exporting electricity at 01 a.m. on Saturday. According to him, the strike is "blackmail and sabotage," something the syndicates firmly reject all while blaming the government for delaying the talks.