Bulgaria to Respond to Miners' Strike by Stopping Electricity Export 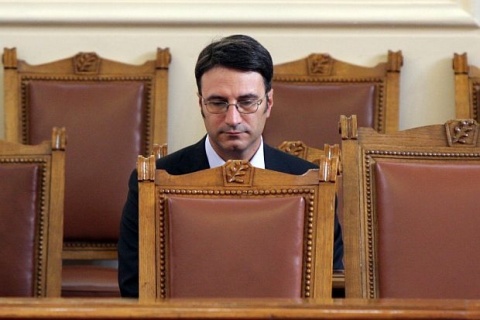 Energy Minister Traicho Traikov has referred to the miners' strike as blackmail tactics. Photo by BGNES

Commenting on the strike at the state-owned coal mining company, Bulgarian Energy Minister Traicho Traikov announced that Bulgaria would stop exporting electricity at 01 a.m. on Saturday.

Traikov assured, however, that there was enough power to satisfy domestic needs.
"Blackmail is not the solution to the problem," the Energy Minister told journalists.
On Friday morning, protesting miners blocked a train carrying brown coal from the Pernik coal basin for the Maritsa Iztok 2 Thermal Power Plant (TPP).

"They are disrupting the work of their colleagues at the Maritsa Iztok 2 TPP," Traikov stated, warning that a potential act of sabotage aimed at blocking coal supplies to the TPP would be dealt with by the law enforcement authorities.

The Energy Minister argued that the strike had degenerated into a rally promoting corporate interests which had nothing to do with the interests of the workers at the Maritsa Iztok Mines.

In the meantime, the Maritsa Iztok 2 TPP announced that the blockade of the 20 wagons of brown coal would force it to shut down all capacities for an indefinite period of time, which constituted a threat to the entire energy grid.

According to the statement, the miners' protests were preventing some 2400 workers of the thermal power plant from executing their occupational obligations.

The strike at the Maritsa Iztok Mines started on Sunday at 8 p.m.

The 7100 employees of Maritsa Iztok Mines AD insist that they be paid bonuses of BGN 1000 for the record output achieved in 2011 in line with an agreement signed on July 12, 2011.

The syndicates at Maritsa Iztok Mines AD ask that the employer comply with the document regulating the relative share of the wage costs in relation to the company's revenues.

They claim that CEO Evgeni Stoykov withdrew his signature from the agreement despite the anticipated BGN 500 M in revenues of the company, thereby leaving the miners without year-end bonuses.

The management of Maritsa Iztok Mines AD, however, has said that it has fulfilled all of its commitments under the agreement and declared the strike illegal.

Earlier on Friday, it was announced that the syndicates and the governing body of Bulgaria's biggest state-owned coal-mining company had gone back to the negotiating table.