Bulgarian PM Stunned by No. of Ex-Communist Spies among Clergy 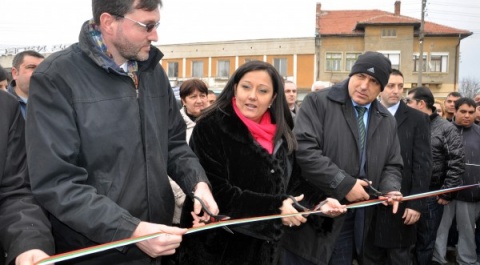 Prime Minister, Boyko Borisov, says he is stunned by the number of agents and collaborators of the former Communist State Security, DS, among senior clergy at the Bulgarian Orthodox Church.

"I was shocked by the scale of this. Yes, I have heard about one or two, but eleven out of fifteen – this is way too much. There is separation between the Church and the State, so it is none of my business to comment on this. I am talking only about those who entered in this interaction with the State then on their own will and voluntarily became agents," Borisov said.

The PM spoke during the ribbon cutting ceremony of a repaired section of the road between Vidin and Lom on the Danube River, near the Vidin village of Archar.

On other topics, Borisov announced that BGN 35 M will be invested in the Vidin Region during the current EU program period with part of this funding slated in budget 2012. The financing will focus on infrastructure, tourist's sites and historical ones in Vidin, reconstruction of the historical fortress "Kaleto" in the town of Belogradchik, among others.

In addition, the cabinet will provide co-financing in the amount of BGN 60 M for the construction of Danube Bridge II, which must be finished this year.

The State, however, will not offer financial assistance to the Vidin City Hall, which has the most debt in the country, according to Borisov, who stressed that for years the municipality, as many others, had been managed in a "despicable way."

The PM said that for this reason, and rightfully so, Vidin residents have punished his ruling, center-right Citizens for European Development of Bulgaria party, GERB, over the former mayor of the city by electing someone from the opposition, left-wing Bulgarian Socialist Party, BSP.

Bulgarian municipalities have a total debt estimated at over BGN 200 M.