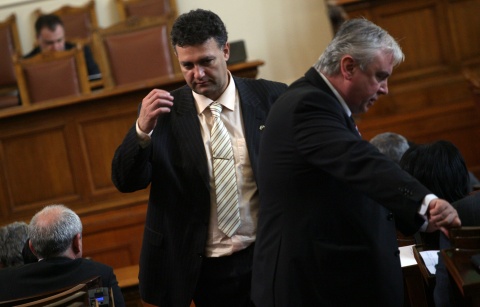 Bulgaria's Parliament has voted overwhelmingly in favor of banning the controversial technology of hydraulic fracking (hydrofracking) for shale gas exploration and extraction.

The ban on hydrofracking, which comes after mass protests over its potential environmental effects, was approved after four hours of debates Wednesday afternoon with 166 votes in favor, and six votes against.

The total ban came after the ruling center-right party GERB and Prime Minister Boyko Borisov made an U-turn on their policies, which originally provided for granting US corporation Chevron a permit for shale gas exploration in Northeastern Bulgaria.

The ban on hydraulic fracking was thus endorsed Wednesday by MPs of the ruling party GERB and most of the opposition; only six MPs from the rightist Blue Coalition led by former Prime Minister Ivan Kostov voted against the ban saying Bulgaria needed to be aware of whether it has opportunities for industrial extraction of shale gas; three other MPs abstained.

Represenatives of environmentalist and civic NGOs, who protested vigorously against shale gas exploration and extraction in Bulgaria in the recent weeks, were present in Parliament, and applauded the vote of the MPs.

The Bulgarian Parliament effectively banned the application of shale gas extraction technologies that bear any resemblance to hydraulic fracking described as the injection of a mix of water and chemical substances underground under a pressure of more than 20 atm for the purposes of exploration or extraction of oil and natural gas on the territory of the Republic of Bulgaria.

Those entities who might be found responsible of using hydraulic fracking in Bulgaria would face a fine of BGN 100 M under the new decision of the Parliament.

Furthermore, the Bulgarian Parliament gives any physical or legal persons that have already been granted a permit for exploration or extraction of oil and gas a three-month period to present for approval their working projects, thus demonstrating that they do not employ hydrofracking technologies.

Those who fail to comply with the deadline, or whose projects are deficient in that respect, are to lose their concession rights.

Acting on the motion of GERB MP Valentin Nikolov, deputy head of the GERB parliamentary group and of the Parliament Energy Committee, the Parliament decided that the hydrofracking ban in Bulgaria and its Black Sea zone will be permanent, and unlimited in time.