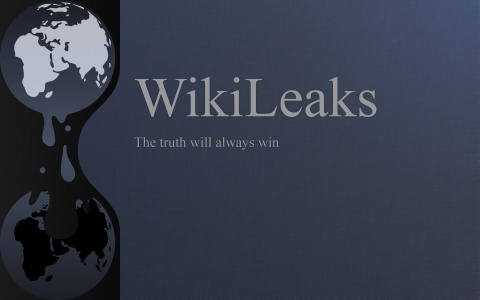 The database of the whistle-blowing site WikiLeaks has no US diplomatic information on the DS past of the members of the Holy Synod at the Bulgarian Orthodox Church. File photo

Bulgaria's Chief Mufti, Mustafa Hadzhi, who was exposed one day earlier as an agent of the former Communist State Security, DS, was seen by the American Embassy in Sofia as a "credible voice among the Muslim community."

The information comes from a cable, sent in 2007 by John Beyrle, US Ambassador to Bulgaria before going to Moscow, to the US State Department. It was released by WikiLeaks and their official Bulgarian partner, the site for investigative journalism Bivol.bg, in the aftermath of Bulgaria publishing the names of senior clergy that collaborated and spied for DS.

The cable, classified "sensitive," was written in response to a mandate from Washington to Embassies worldwide to identify "credible voice among Muslim communities that reject violence."

According to Beyrle, "Hadji is a moderate; has a generally positive view of the United States; and does not have any known disagreements with US policy."

The cable focuses on the Mufti's biography and his influence among Bulgarian Muslims (ethnic Turks, Roma, Pomaks - descendants of Slavic Bulgarians who converted to Islam under Ottoman rule). The cable also notes unconfirmed rumors that he had been a collaborator of the Communist State Security.

The latter is probably a reference to the unofficial exposure of Hadzhi and several other known personalities as agents in 2006 by now former Interior Minister, Rumen Petkov – he said then that the Mufti's file had been destroyed - a statement included in another US secret cable, Bivol writes.

The Files Commission – the panel investigating the Communist Era files, announced that Hadzhi's file, with the alias "Andrei," had been indeed destroyed.

Bivol's search and publications from the WikiLeaks database of a number of cables, sent from the US Embassy in Sofia, show that American diplomats have followed very carefully the subject with the DS files, and regularly reported on exposed DS agents among senior officials. US intelligence had been aware, for example, about outgoing President Parvanov's DS past, even before it was revealed for the record.

In 2006, Ambassador Beyrle had noted that only those with sufficient hold on power will be able to keep their DS files secret, and stressed that the files make no difference between redemption and the lack of such.

Meanwhile, speaking for the Bulgarian National Radio, BNR, Wednesday, Hadzhi adamantly denied ever having anything to do with DS.

A check of Bivol of the WikiLeaks cables database had not found anything on the DS past of the members of the Holy Synod at the Bulgarian Orthodox Church.

Full text of the cable read HERE and HERE.