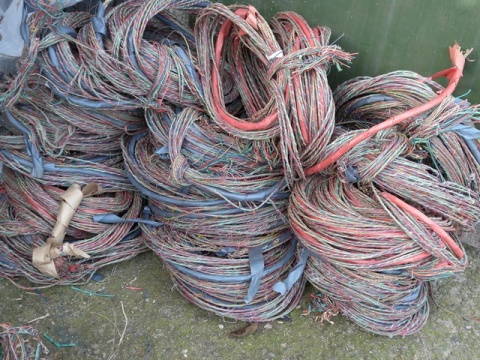 Local police in the southern Bulgarian town of Kardzhali have intercepted a crime gang involved in metal theft. Photo by BGNES

According to unconfirmed reports of the BGNES news agency, the raid had been carried out at the Lead and Zinc Complex (OTZK) in the city.

An emergency inspection of the warehouse stocks at the Kardzhali-based smelter is underway.

Local police arrested a fifth participant in the group on Monday after four arrests on the case made on Sunday.

On Sunday, criminologists found 39 bags of silver distillate during an inspection of a VW car owned by a 46-year-old citizen.

Police officers arrested the driver and three others and seized the bags.

The mastermind of the criminal scheme is still at large.

The authorities have seized a total of 600 kg of silver distillate which is used to recover precious metals.

The stolen material was found at the premises of one of the arrested.

The material was taken out of the plant and was transported on a vehicle owned by one of the suspects.

The gang was busted before it could trade the substance.

According to preliminary reports, the substance had been earmarked for domestic sale.

Pre-trial proceedings have been launched into the matter and the investigation continues.