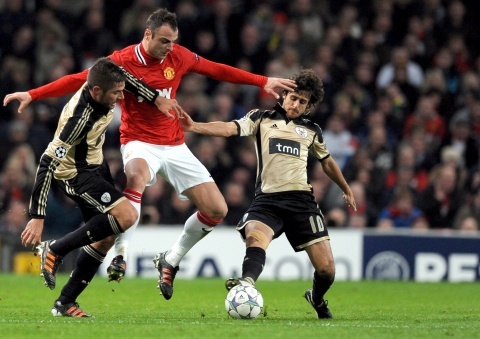 Manchester United striker Dimitar Berbatov has been reportedly spotted on a plane to Germany, intensifying rumors that he may be heading back to Bayer Leverkusen.

Berbatov was seen flying to Germany with his agent on Sunday night, The Daily Mail has reported.

The unsettled striker is permitted to talk with other clubs, since less than six months remain on his current contract and the Red Devils are yet to offer him an extension deal.

Manchester United manager Sir Alex Ferguson has already announced that the club will propose Berbatov to renew his deal in March.

Bayer Leverkusen has been mentioned on several occasions as a potential option for the 30-year-old forward. However, German giants Bayern Munich have been also reported to eye the prolific Bulgarian.

It was in Germany where Dimitar Berbatov's rise to prominence started, as Bayer Lervekusen bought him back in 2001 from Bulgaria's CSKA Sofia.