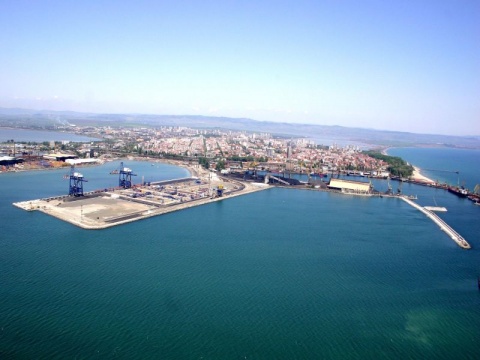 Port Burgas's total profit before taxes amounted to BGN 8 M; in 2011, the Black Sea port processed a total of 3.5 million metric tons of cargo, which is an increase of about half a million metric tons compared with the total freight amount it got in 2010.

Port Burgas has seen an increase of its general cargo by 475 000 metric tons, most of that – 291 000 tons – coming from the transportation of processed metals. The bulk of the other goods and materials that passed through Port Burgas in 2011 is made up of oil, coal, sugar, grain, fertilizers, construction materials, lumber.

The 208-meter long container vessel Estebroker is serving container trade between South American, the Mediterranean, and the Black Sea.

"The good financial and economic results as well as the constant efforts of the port management to apply various marketing techniques have led to increasing the volume of trade, attracting new clients, and retaining existing ones," the Bulgarian Transport Ministry said regarding the work of Port Burgas.