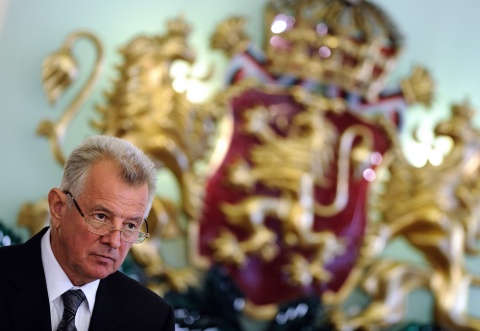 Hungarian President, Pal Schmitt, has firmly denied allegations of copying a work by a Bulgarian researcher for his doctoral thesis on modern Olympics.

Schmitt's office said that it "categorically rejects" the allegations made by the magazine HGV.

Schmitt was a successful fencer in his youth, winning two gold medals at the Summer Olympics. He later became the Chief of Protocol of the International Olympic Committee (IOC) and presided over the World Olympians Association between 1999 and 2007.

On Wednesday, the website of the HVG magazine accused Schmitt of plagiarizing the work of a Bulgarian sport expert for his doctoral dissertation. Nikolai Georgiev's Analyse du programme olympique (des Jeux d'Olympiade) was finished in 1987.

A large part of Schmitt's dissertation, written in 1992, appears to be an exact translation of this work, according to HGV. The Bulgarian sports researcher had been a diplomat in Switzerland in 1987. He passed away in 2005.

The magazine, which cites in detail both documents, stresses that Schmidt mentions the study of the Bulgarian researcher in the bibliography, but had not applied footnotes to indicate which parts he quoted. According to the weekly, a total of 180 of the 215-page dissertation of the Hungarian president was copied from Georgiev.