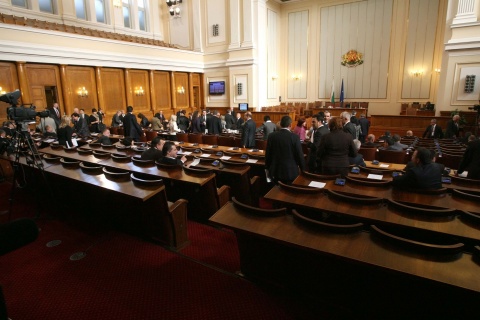 Kraychev's mandate as an MP was terminated on Wednesday during the first parliamentary session of 2012.

He announced he was leaving office because he had been elected Deputy Secretary-General of the Parliamentary Assembly of the Black Sea Economic Cooperation (PABSEC), adding that he had made the decision for the career change in the summer of 2011.

Kraychev rejected allegations that he was quitting as an MP due to strained relations with GERB after the end-October local elections.

In the summer of 2011, Kraychev firmly opposed the proposal of Prime Minister Boyko Borisov that GERB back Kiril Yordanov's bid for a fourth term in office as Varna Mayor.

Yordanov' s nomination drove a rift in GERB's unit in Varna and the name of its candidate was officially announced with a substantial delay.

Kraychev was Kiril Yordanov's main rival at the 2007 local elections in the Black Sea city.

GERB's outgoing MP will be replaced by Lilia Hristova, head of the municipality-owned Municipal Markets company.