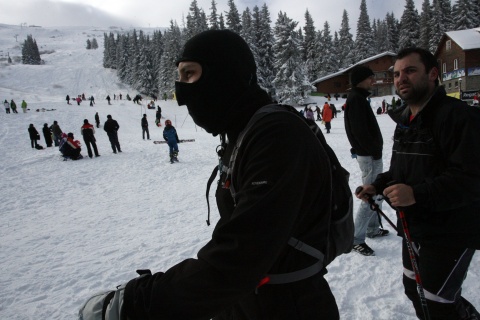 People strolling and skiing the slopes of Sofia's Vitosha Mountain, in spite of ski facilities run by Vitosha Ski not operating, December 26, 2011. BGNES

Bulgarian cabinet ministers and ruling GERB party MPs spoke in favor of a controversial amendment to Bulgaria's Law on Forests during a public discussion of the legislation in Parliament Tuesday.

If passed, the amendment will make it easier for investors to build in protected nature areas, by means of a simple switch of the designated purpose of the lands in question.

In addition, investors will not be required to pay fees for the construction, or to participate in tenders to win the permit, as required per the acting Bulgarian law.

Environmental organizations have lashed out against the amendments, saying they paved the way for wanton destruction of nature and unsustainable development.

Bulgarian PM Boyko Borisov has retorted by dismissing their arguments and saying that Bulgarian tourism needs to be supported.

Environmentalists have also slammed the speed at which the legislation was developed, as it was drafted by the Ministry of Agriculture, approved by cabinet and tabled to parliament between Christmas and New Year's, without public consultation.

On her part, Minister Karadzhova said that the conservation of protected areas will not suffer negative effects, as environmental impact assessments will still be required.

Andrey Kovachev from the Bulgarian Greens reiterated the eco-activists' arguments, adding that very little of the profits of Bulgarian ski operators Yulen and Vitosha Ski entered into the country's GDP, given they are owned by offshore companies.

The amendments to the Bulgarian Law on Forests were drafted just weeks after the Vitosha Ski company, which operates facilities on the Vitosha Mountain nearby capital Sofia, announced it will not open the ski season 2011/12.

Vitosha Ski not only withdrew their ski instructors, but refused to launch the ski and passenger lifts it operates, arguing that the Bulgarian state obstructed its activities by not issuing permits for the expansion of ski facilities on Vitosha.