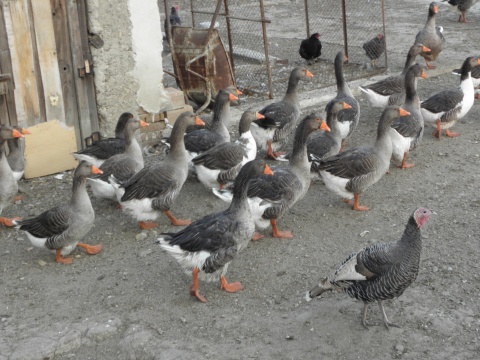 15,000 domestic ducks have been killed by Bulgarian veterinary authorities, after having been found to be infected with a flu strain similar to the virulent bird flu.

Authorities have stressed that this is only a precautionary measure, and that the flu involved is not dangerous for humans.

The radical measure has nevertheless been motivated by the possibility that the strain might mutate into the dangerous bird flu.

The infection of the unfortunate birds has been discovered during routine veterinary checks at four duck farms in the southern Bulgarian town of Rakovski.

"After the global boom of bird flu, the EU included in its regulation on the matter that such destruction of animals could be carried out as a precautionary measure, even if only the lightly pathogenic flu strain has been discovered," said Svetozar Vasilev, head of the local food authority.

"As is usual in such cases, one cannot ascertain the origin of the infection - it could well have come from migratory birds, for instance. At any rate, the duck population in Bulgaria is now clean and safe," added he.

The owners of the destroyed birds will be paid the full regulatory compensation by the Bulgarian state.