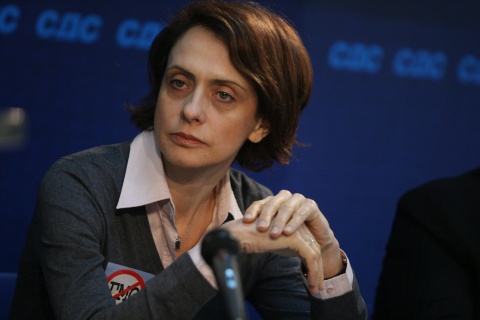 Bulgaria's government turned over to Germany and NATO intelligence information about "Operation Horseshoe" - the Kosovo ethnic cleansing plan of ex Serbian dictator Slobodan Milosevic back in 1999.

This has been revealed by former Bulgarian Foreign Minister Nadezhda Neynski (back then Nadezhda Mihaylova) in a documentary on "Operation Horseshoe" of the private Bulgarian channel bTV.

"I provided the German Foreign Minister Joschka Fischer – respectively NATO – a report in possession of the Bulgarian government that made it clear that there had been a plan, "Horseshoe", carefully prepared by the intelligence services of Serbia and then state leader Milosevic that set two goals. First – to destroy the Kosovo Liberation Army, and second – to "cleanse" Kosovo of ethnic Albanians. This plan boiled down to the deportation of large masses of Albanians from Kosovo. It was started at end of February 1999," Neynski, currently a MEP, revealed in the documentary entitled "The Secret History of the Horseshoe Plan."

The documentary reveals that the information about Milosevic's Operation "Horseshoe" was snatched by Bulgaria's military intelligence and provided to the Bulgarian government of the rightist party UDF (Union of Democratic Forces), and Prime Minister Ivan Kostov (1997-2001).

The ethnic cleansing campaign in Kosovo was the formal justification for NATO's military intervention in Kosovo in 1999, a three-month bombing campaign of Serbia which led Slobodan Milosevic to pull out his forces from Kosovo. Operation "Horseshoe" of Serbia (then still the mini-Yugoslavia comprised of Serbia and Montenegro) is initially believed to have started as a counter-terrorist operation against the Kosovo Liberation Army led by the current Prime Minister of the Republic of Kosovo Hashim Thaci.

The bTV documentary on the Horseshoe plan focuses on the issue of Bulgaria's refusal to accept ethnic Albanian refugees from Kosovo during the 1999 crisis, stressing that the government's position was "unconditionally right".

"You remember that there was enormous pressure on Bulgaria to take in refugees," explained Neynski, while emphasizing that back then Bulgaria's authorities were concerned with the possible "palestinization" of the Kosovo conflict.

"Subsequently, unfortunately, on the Balkans these people could have acquired weapons easily, and could have started to stage attacks [on Serbia] from across the border, thus drawing neighboring states in the conflict, and setting the Balkans on fire. So this question corresponds with the question commented many times back then and today – whether Bulgaria made a mistake by not taking in refugees. I believe that this decision was key for preserving Bulgaria's stability," the former Foreign Minister said.

She said the Bulgarian government back in 1999 went for providing NATO with the report on the Horseshoe plan even though the military intelligence warned that the information could not be verified.

"When there is such data, it is logical that we will provide it to our partners. If they find it to be unconvincing, they have the right not to use it. But this is an alert that we as nationally responsible politicians had to convey in order to protect our country," Neynski elaborated, stressing that Germany's Foreign Minister Fischer took the report of the Bulgarian military intelligence very seriously.

Neynski also commented on the allegations that Milosevic's Horseshoe plan for ethnic cleansing in Kosovo never existed by was fabricated by Western intelligence services to justify NATO's air strikes on Serbia.

"This plan aroused many emotions because in essence it legitimized the Kosovo War – namely, to find an explanation to question many wondered about – if large-scale refugee exodus was caused by the bombardments or by something else. The answer is that they were caused by something else, and that was the Horseshoe plan of the Serbian intelligence," Bulgaria's ex Foreign Minister explained.

She stressed that the mass expulsion of ethnic Albanians from Kosovo started around February 25, 1999, when "there was no logic for these people to be leaving Kosovo."

"There was no way 400 000 people would come down from the mountains suddenly to leave Kosovo. You don't need to be a politician or an intelligence officer to know that. NATO and the international coalition were no amateurs who would just take in some piece of information. It was all verified and it was found that there is truth in it," Neynski stated.

"I definitely believe that Bulgaria behaved in an extremely dignified fashion back then, and managed to prevent probably dramatic events for the region," she concluded.