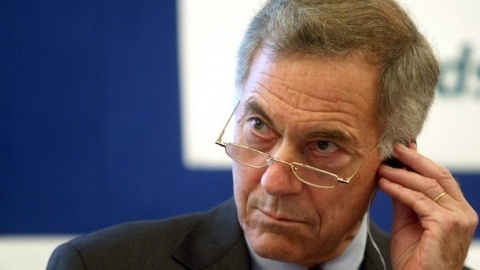 Steve Hanke, the architect of Bulgaria's currency regime and one of the opponents of its Eurozone aspirations, has reiterated that "it does not make any sense for the country to join the EUR."

Hanke had spoken in an interview for Bulgaria on Air, saying his proposal was to not join the Eurozone since the currency board is in place and binds Bulgaria with the EUR anyway.

"This very erroneous thinking. In reality, you are already in the Eurozone without having all of its restrictions and limitations. You have a huge advantage others using the EUR don't have – you can leave it very quickly or bind your currency with the USD if things really become rough," Hanke says.

According to him, Bulgaria is in better shape than any other country in Europe with some of the best fiscal parameters on the Old continent.

"If the worst case scenario is to be played, Bulgaria will become sick, but not as much as other countries in Europe," Hanke explains in the program Boom & Bust, which will air the second part of the interview on January 7, at 8:30 pm, the site news.bg reports.