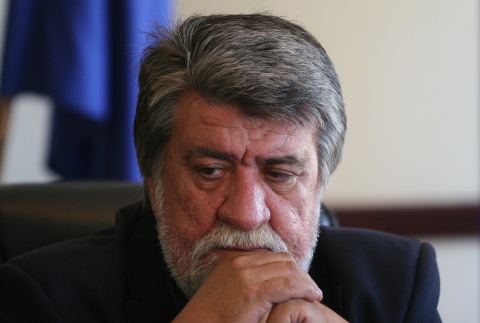 Bulgaria's Culture Minister Vezhdi Rashidov has controversially slammed the gay community in an interview for a local magazine.

"I find the gays to be the most unpleasant community, since they combine the worst qualities of women and the most despicable qualities of men," Rashidov has told Biograph.

Rashidov's revelation came after he was asked whether he behaves in an authoritative manner towards women.

"I am not a domineering person, but I have a strong personality. I love it when women have a womanly nature...I can't stand it when a woman looks like a transvestite," the Culture Minister also said.

Rashidov, a prominent sculptor, remarked that he was the only contemporary Bulgarian artist whose work has never included the female body.

"I have always been attracted to drastic things," he admitted.

The Minister revealed that he draws portraits of people he loves in his spare time, including Al Pacino, John Lennon and Hristo Stoichkov.