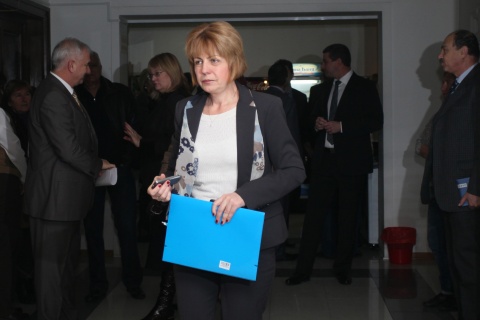 Fandakova has promised that her administration will achieve a significant progress in dealing with the stray dog population. Photo by BGNES

The municipality Bulgaria's capital Sofia will implant microchips to all the stray dogs in the city in order to track them more efficiently, it was made clear on Thursday.

The microchip will enable the authorities to track whether the dogs have been neutered and where the neutering has taken place.

"If a neutered dog turns out pregnant, we will find those who are responsible and they will be sanctioned," Sofia Mayor Yordanka Fandakova pointed out on Thursday, as cited by dnevnik.bg.

Fandakova added that the Sofia authorities will work towards educating dog owners since "most stray dogs are former pets".

The Mayor also revealed that the Sofia's largest dog shelter project, the one in the district of Kremikovtzi, has been frozen due to insufficient funding. In 2011, Fandakova promised that her administration will achieve a significant progress in dealing with the stray dog population which is considered to be one of the capital's biggest problems.

There are about 10 000 officially registered stray dogs in Sofia. Some 70 000 stray dogs have been registered wandering the streets of Bulgaria.