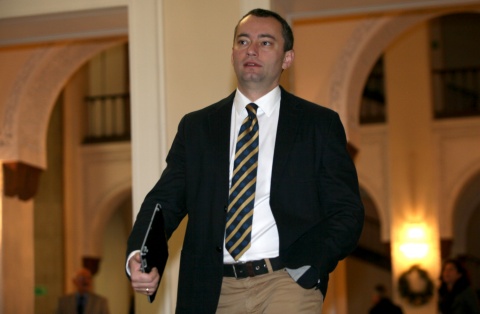 Foreign Minister Nikolay Mladenov has lost the court battle for the pre-term recall of Bulgarian Ambassadors with proven links to the communist-era secret services. Photo by BGNES

Three Ambassadors exposed as collaborators or agents of the communist-era State Security (DS) have won the cases against Foreign Minister Nikolay Mladenov over their pre-term recall to Bulgaria.

Trapkov, Dimitrov and Karaslavov filed complaints after they, together with over 30 acting heads of diplomatic missions, were revealed to have worked for the secret services of the communist regime by the so-called Files Commission.

The legality of the provisions was contested by 56 MPs from the Bulgarian Socialist Party (BSP) and the ethnic Turkish Movement for Rights and Freedoms (DPS), who referred the matter to KS.

In the beginning of November, the recalled ambassadors filed lawsuits, stressing the fact that Bulgaria's Constitution defines the President as the sole authority empowered to recall heads of diplomatic representations.

However, President Georgi Parvanov, a former collaborator of DS under the codename of agent Gotse, refused to abide by the government's decision and the Parliament's stance and did not sign the Decrees for the recall of the 37 discredited diplomats.

The three court decisions are not final and can be appealed before a five-judge panel of VAS.

The Foreign Ministry has not yet presented its stance on the matter.

After he assumes office on January 22, 2012, President-Elect Rosen Plevneliev will be constitutionally entitled to sign the recall papers, which he has vowed to do as soon as possible.