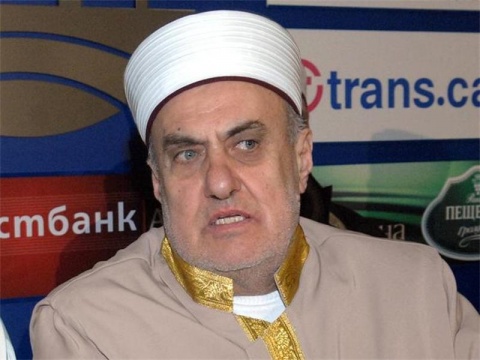 Nedim Gendzhev, the former Chief Mufti of Bulgaria's Muslim community, was sentenced for libel by the District Court in the Bulgarian city of Kardzhali on Tuesday.

Gendzhev has to pay BGN 2000 to Ahmed Yusein, an MP from the ethnic Turkish Movement for Rights and Freedoms party, the court has ruled.

The defendant claimed that Yusein had embezzled money that was meant to be spent on the construction of mosques in the region of Kardzhali. During the libel trial that ensued, Gendzhev failed to provide evidence for his claims, but did not renounce them.

Gendzhev is allowed to appeal the sentence.

Nadim Gendzhev has himself been accused by members of Muslim minority in Bulgaria of various violations, including embezzlement. The former Chief Mufti lost another court battle in April 2011, when the Sofia Appellate Court ruled that Mustafa Hadzhi was the legitimate Chief Mufti of the Bulgarian Muslim community.