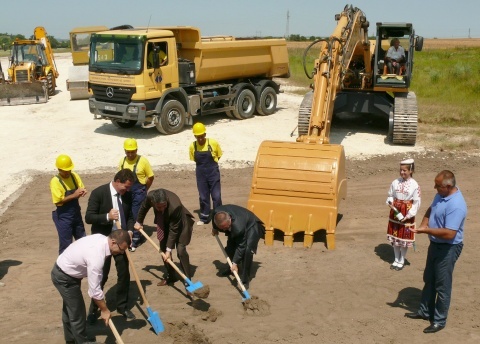 The construction of the Hemus Highway – the one major highway project in Northern Bulgaria – is set to get a boost, according to Regional Development Minister Lilyana Pavlova.

She said the Borisov Cabinet hopes to complete the entire southern Traikya Highway between Sofia and Burgas in 2012, with Lots 2, 3, and most of Lot 4 being ready by July 1, 2012, for the summer tourist season, but that other highways – such as the Hemus Highway linking Sofia and Varna through Northern Bulgaria – are a priority as well.

"The Hemus Highway is one of the important topics for the government. We are working first on the jammed section from the Sofia beltway to the Yana train station. Of course, that's not the busiest moment for construction works but we will restore them in the spring since this is an extremely important section," Pavlova commented on bTV Tuesday.

The other major section of the road currently under construction is in the east, west of the city of Shumen, to the Belokopitovo village.

According to Pavlova, the Hemus Highway will be a major project for EU funding during the next financial period of the EU – 2014-2020.

The construction of the sector of the long-awaited highway connecting the capital's beltway and the road junction on the highway near the village of Yana started in September 2011.

Financing for the 9-km road is provided by the EU operational program Transport 2007 – 2013 with 80% of the funding and the remaining 20% coming from the State budget. The investment amount is estimated at nearly BGN 48 M.

In July 2011, the government launched the construction of an 8-km section of the Hemus Highway

The 8 km section will be an extension in the western direction of the existing eastern section of the Hemus Highway running from Varna to the city of Shumen. With the extension, the highway will reach the village of Belokopitovo.

The construction of the new section of Hemus will cost BGN 38 M, and will be fully funded from the state budget. It needs to be completed in 14 months. The Bulgarian company "Avtomagistrali Cherno More" has been picked to construct it.

The Hemus Highway is supposed to connect Sofia and Varna on the Black Sea through a shorter route than the southern Trakiya Highway (443 km), passing by several major northern cities – Pleven, Veliko Tarnovo, and Shumen. At present, however, only the start section from Sofia to Yablanitsa and the end section from Shumen to Varna have been completed.