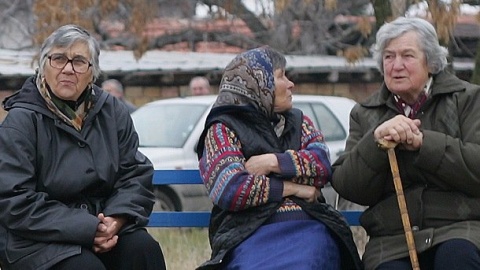 Bulgaria's retirement age is to reach 65 years for men and 63 years for women. Photo by BNRd

The minimum retirement age in Bulgaria has been increased by 4 months as of Sunday, January 1, 2012, as part of a controversial retirement reform package.

The same measure will be applied on the first day of each of the upcoming several years, until the retirement age in Bulgaria reaches 65 years for men and 63 for women.

Up until the new pension reform was approved in December 2011, Bulgaria's retirement age was 63 years for men and 60 years for women.

In addition, the minimum time served by police and military officers in Bulgaria required for retirement has been increased by 2 years, reaching 27 years.

The controversial "retirement reform" to up the pension age was initiated by Finance Minister Simeon Djankov in the fall of 2011 as a way of saving budget funds sooner rather than later; an earlier agreement with syndicates and business organizations was supposed to delay the increase of the retirement age in Bulgaria till 2021.