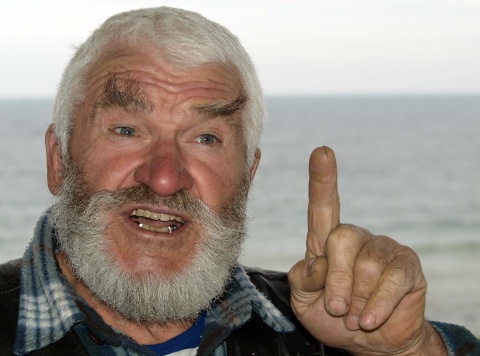 70-year-old fisherman Bai Pesho has the eastermost-lying home in Bulgaria, and is the first to celebrate New Year's. Photo by BGNES

A 70-year-old fisherman has his home in the easternmost location in Bulgaria, and is the first to celebrate New Year's on the country's territory.

The man known as "Bai Pesho" is one of the most popular characters in the easternmost Bulgarian town – the Black Sea town of Shabla – and his home is most eastern-located house in the country, the BGNES news agency reported in a story dedicated the fisherman, who also owns a small pub.

"It's important to be in Bulgaria, not to leave it. I have been here on this spot for 39 years. Can you imagine how long that is? The sound of the sea is my comfort," says the 70-year-old man who vows to live 108 years.

Bulgaria's easternmost town of Shabla – some 600 km east of Sofia on the Black Sea coast – is technically supposed to welcome 2012 an entire 21 minutes before the Bulgarian capital. The country's "Black Sea capital" Varna itself has an 18-minute time difference with Sofia (even though all of Bulgaria is in the Eastern European Time Zone).