Sailor Crew to Be First Bulgarians to Hail 2012 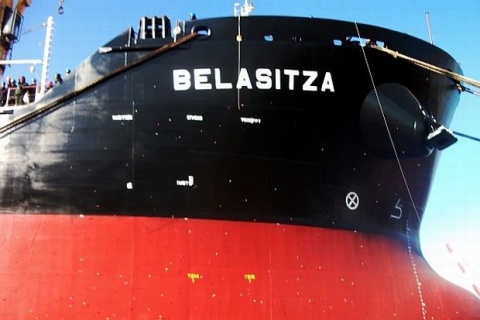 The crew of the newest ship of Bulgaria's Navigation Maritime Bulgare, NAVIBULGAR, the 30 700-ton "Belasitza," will be the first Bulgarians to great the new 2012.

The sailors, led by their captain Nikolay Nikolov, will celebrate the arrival of the New Year on the boundary between the Indian and the Pacific Oceans, Darik radio informs Saturday, citing the company's press center.

The ship, which was added to NAVIBULGAR's fleet on December 15, will continue then its route in the Indian Ocean

Minutes after "Belasitza," the crew of the ship "Bulgaria," also among the newest in the fleet, will meet 2012, after leaving the Philippines.

NAVIBULGAR report stable financial results in 2011 and strong positions on the international market. In addition to "Belasitza," it acquired two other 30 700-ton ships – "Lyulin" and "Osogovo," while a fourth ship from the same series – "Rhodoppe," is currently being built.