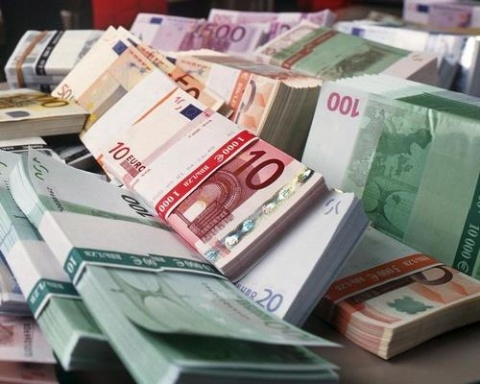 By preliminary operative data, the Gross Domestic Product (GDP) in the third quarter of 2011 amounted to BGN 21 016 M at current prices and GDP per capita was BGN 2 832.8.

The report on key indicators of Bulgarian economy was published by the National Statistics Institute, NSI.

According to the NSI business inquiries in December 2011, compared to November, the industrial confidence indicator decreased by 4.1%, which is due to the raised stocks of finished goods and more unfavorable managers' expectations for production activity over the next 3 months.

In October 2011, the work day adjusted Industrial Production Index rose by 2.4% in comparison with October 2010 (by preliminary data). An increase was recorded in Mining and Quarrying - by 13.0% and in Manufacturing - by 2.5%, while in Electricity, Gas, Steam and Air Conditioning Supply a decrease by 1.8% was observed.

In October 2011, the total consumer confidence indicator decreased by 3.0%, compared to its level 3 months ago. The reduction is due to the decreased confidence of both urban and rural inhabitants by 3.5 and 1.7 percentage points, respectively. As a whole, the October survey shows an increase of the pessimism in consumers' assessments and expectations in comparison with July.

In October 2011, the work day adjusted turnover in Retail trade decreased by 5.2% in comparison with the same month of the previous year (by preliminary data). An increase is observed in the Dispensing Chemist; Retail sale of Medical and Orthopedic Goods, Cosmetic and Toilet Articles' by 6.3%. A reduction was registered in the "Retail sale of Audio and Video equipment; Hardware, Paint and

In the third quarter of 2011, 60.9% of the produced GDP were spent for individual consumption of the population. The real increase of the indicator was by 1.7% in comparison with the respective quarter of 2010 (according to the seasonally adjusted data).

The average capacity utilization in industry decreased by 2.6 percentage point from July to October 2011 and reached by 69.4%.

In the third quarter of 2011, the gross fixed capital formation decreased in real terms (according to the seasonally adjusted data) by 2.8% in comparison with the same period of the previous year. The relative share of that category in GDP is 17.8%.

In the third quarter of 2011, the total number of employed persons aged 15 and over was 3 018.3 thousand and their relative share of the population of the same age group was 46.6%. In comparison with the same period of 2010, the number of persons employed decreased by 85.9 thousand and the employment rate - by 0.9%.

According to the NSI business inquiries in December 2011, 7.1% of the industrial enterprises pointed out the labor shortage as a factor limiting their activity.

In September 2011 the average wage and salary was BGN 704 (by preliminary data) which is by 3.1% higher than the previous month. In comparison with September 2010, the growth rate is 8.5%.

According to the industrial managers' assessments in December 2011, there was a slightly improvement of the production assurance with orders from abroad by 1.9% in comparison with November.

In the third quarter of 2011 the external balance (exports-imports) was positive amounting to BGN 2 329 M. In comparison with the respective quarter of 2010, the exports of goods and services increased in real terms by 2.0%, while the imports increased by 8.1% (according to the seasonally adjusted data).

In November 2011, the harmonized index of consumer prices increased by 2.6% compared to the same month of 2010. A rise of prices was observed in all groups, with the exception of "Recreation and Culture", "Communications" and "Furnishing, Household Equipment and Routine Maintenance of the House". The highest increase was registered in "Health" - by 9.9%.

The Producer Price Index on Domestic Market in October 2011, increased by 6.5% compared to the same month of 2010. The prices rose in Manufacturing by - 8.9% and in Electricity, Gas, Steam and Air Conditioning Supply - by 3.4% but in Mining and Quarrying decreased - by 3.8%.

According to the conjuncture inquiry in December 2011, the expectations of the enterprises with regard to the prices in industry were in direction for an increase over the next 3 months.

In November 2011, the three-month interbank market index SOFIBOR decreased from 3.68 to 3.64% in comparison with the previous month, whereas the value in November 2010 was 3.99%.

The annual growth rate of the loans to non-financial corporations in November was 4.2% against 4.1% in the previous month; the loans to the households and NPISHs in November decreased by 0.2% in comparison with the same month of 2010 against an annual decrease of 0.1% in October 2011.

In November 2011 the exchange rate BGN against the US dollar increased in comparison with the previous month from 1.43 to 1.44.