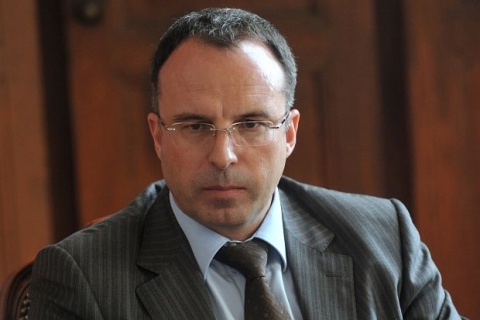 The most likely motive for the physical assault on Rumen Porozhanov, the CEO of Bulgaria's State Agriculture Fund, was economic.

This is Porozhanov's own explanation, which he offered after being released from the hospital Friday evening.

The CEO told the largest private TV channel bTV that he had reached the "stupid" conclusion that "the harder one works, the more vulnerable he or she becomes."

"The Fund is the most dynamic structure in the country. For me it is more important not how I will be coming home from now on, but where are the roots of this attack – is it going to happen again or not," Porozhanov said. He explained that he was ambushed by two individuals near the door of the lift inside the building where he lives, as he was returning from the nearby grocery store with two large bottles of drinking water.

"The truth is that they decided when to leave," he pointed out, but declined to state clearly if he was afraid.

Rumen Porozhanov was assaulted and severely beaten by two unknown assailants in front of his home in Sofia around 9:00 pm on Thursday. The police are yet to discover the perpetrators or their motives.

He was listed in the Military Hospital in the capital.

Earlier Friday, Prime Minister Boyko Borisov said that the CEO of Bulgaria's State Agriculture Fund was attacked because he stopped the widespread corruption practices in his institution.

Borisov pointed out that the State Agriculture Fund has absorbed 54.5% more money in 2011 than it did in 2010.

"That has surely made some people angry and I sincerely hope the Interior Ministry will find out the culprits," the Prime Minister added.

According to Borisov, "hundreds of millions" disappeared in shady deals in Bulgaria's agriculture sector, but Porozhanov succeeded in stopping all that.

Porozhanov is the third head of the State Agriculture Fund appointed by the GERB government. He took over the Bulgarian institution in charge of distributing EU agricultural funding in March 2011, following an embarrassing scandal involving its former head, Kalina Ilieva.

In 2010, Ilieva resigned after hiding her pregnancy, and was subsequently revealed to have acquired the position with a forged diploma from a German university.