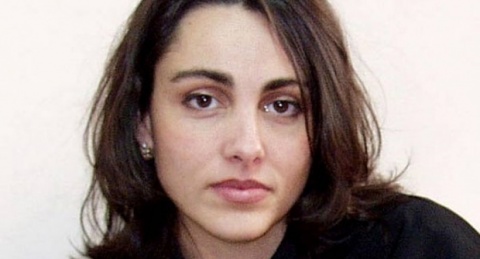 After several days of silence, Denitsa Petkova, who was appointed Deputy Justice Minister last week, issued a written statement in her defense, claiming that she had strictly followed the current law.

Pavlova's appointment stirred a scandal with her involvement in a verdict declaring two journalists guilty of libel over which Bulgaria had been sanctioned by the Human Rights Court in Strasbourg.

The journalists, Bozhidar Bozhkov and Katya Kasabova, had uncovered a corruption scheme allowing pupils with poor results to enter prestigious high schools in the Bulgarian Black Sea city of Burgas.

The children had allegedly been admitted by the schools after they presented fake medical documents.

The trial against Bozhkov and Kasabova had been opened by four inspectors at the Regional Inspectorate of Education.

Petkova was found to have been reporting judge on the case.

The court ordered Kasabova and Bozhkov to pay BGN 7500 and BGN 6300, respectively, in compensations.

In her December 29 media statement, Petkova explained that the first verdict against the journalists had been issued by the Chair of the Burgas Regional Court.

The verdict had then been appealed before the Burgas District Court, which upheld it.

In her letter to the state-owned Bulgarian National Television (BNT), Petkova emphasized that she had participated in the trial as a reporting judge, together with other judges at the same court.

Petkova noted that the Burgas District Court had reduced Kasabova's conviction decreed by the first-instance court to a lesser degree of guilt.

The newly-appointed Justice Minister said that the judge panel in which she participated had refused to increase the compensation that had been awarded to the injured party.

Petkova drew attention to the fact that the motives she had provided for the guilty verdict against Kasabova had been upheld by the Strasbourg Court in a decision from April 19, 2011, and reminded that all judges who had taken part in the trial had strictly followed the current law.

She stressed that she had never participated in criminal case procedures initiated by or against Bozhidar Bozhkov and refused any comment, saying that she was not acquainted with the facts.