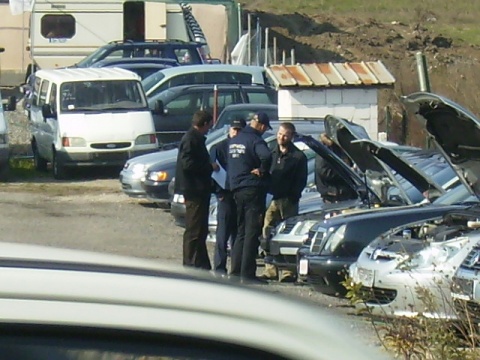 Police in Bulgaria's capital Sofia have busted a group dealing with car theft by the use of a tow truck. File photo

Criminal investigators and police from the Second Police Precinct in the capital Sofia have busted a group dealing with car theft by the use of a tow truck.

The police received Wednesday an alert that a tow truck was taking away a car, parked legally, near an apartment building in the city's "Svoboda" (Freedom) district.

The car theft was done with a tow truck, registered to a private business.

The police established that M.S. had a false contract for the purchase of the car the criminals were attempting to tow. He admitted that he worked on orders against cash. The stolen vehicles had been taken to a scrap yard in the "Iliyantsi" district. Police found at the location 5 vehicles listed as stolen along with 120 other automobiles, whose ownership is in the process of being proven.

Police also found that M.V. and M.S. worked on the orders of Y.B. and K.B. At the time of the arrest, the latter had been carrying several fake contracts for car sales. The raid of two addresses yielded a large number of computer paraphernalia, fake ID documents and car registration papers.

All four are being held in custody for 24 hours before facing a judge. Pre-legal proceedings have been launched.