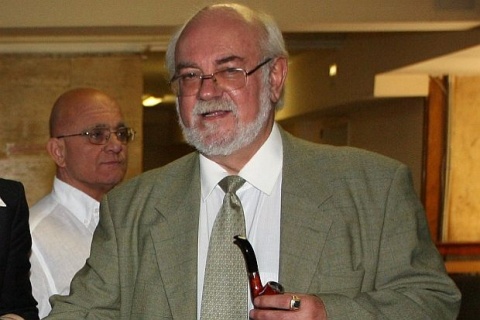 The President of the trade union Confederation of Labor "Podkrepa" (Support), Konstantin Trenchev, demands an audit of the Bulgarian Orthodox Church and exposure of clergy who had links to the Communist State security. Photo by Sofia Photo Agency

The State must probe the Bulgarian Orthodox Church over ways it spent its subsidy in the last 20 years.

The statement was made by the President of the trade union Confederation of Labor "Podkrepa" (Support), Konstantin Trenchev.

He says that an audit has not been conducted in many years despite numerous reports of violations, including alerts to the Prosecutor's Office. According to the syndicates, the clergy does not make social insurance contributions.

Trenchev also insists on exposing the names of priests and bishops who have been collaborators and/or agents of the former Communist State Security, DS.

About BGN 1.5 M from the State budget have been slated each year, in the last five years, for subsidy for the Church, plus another BGN 700 000 for Bulgarian churches abroad. Local municipalities are also allowed to subsidize religious institutions. Meanwhile, a check of the Main Labor Inspectorate has revealed that in the entire Pleven bishopric only one priest has deposited social insurance contribution payments; in the Vratsa bishopric they were 14, in the Veliko Tarnovo one – 22.

The check of the Inspectorate has involved less that 10% of the structures of the Bulgarian Orthodox Church over the interference of Bulgaria's Patriarch Maxim who had ordered a ban on all probes from any State institutions.

The requests of the syndicates for an audit of the Church has been sent in writing to Deputy Prime Minister and Finance Minister, Simeon Djankov. According to union data, the only audit so far had been the one of the Sofia bishopric in 2000, conducted after a notice to the Prosecutor's Office, but no violations have been revealed.