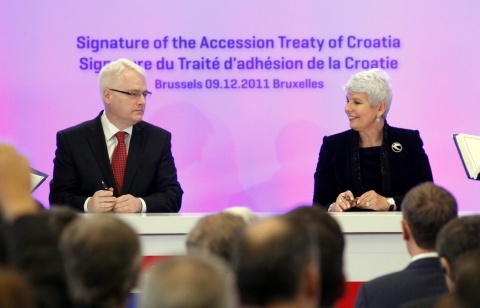 Croatia will hold a referendum on its potential accession to the EU on January 22 2012, the country's President Ivo Josipovic has announced.

"(EU) membership is a great opportunity, which we need to use well," Josipovic has declared, as cited by DPA.

An easy majority is expected to vote in favor of the Croatia's European Union membership, with polls predicting that two-thirds of the electorate will support the country's accession to the bloc.

On December 9, Croatia and European Union member states have signed the treaty that will pave the way for the Balkan country to become the bloc's 28th member on July 1, 2013.

The Balkan country will face an unprecedent monitoring program before its accession to avoid the problems the EU faced with its last new entrants, Bulgaria and Romania, over rule-of-law issues.

EU officials predicted that Croatia's accession would send an important signal to other countries in the region.