Sales, IT Experts to Be in Greatest Demand in Bulgaria in 2012 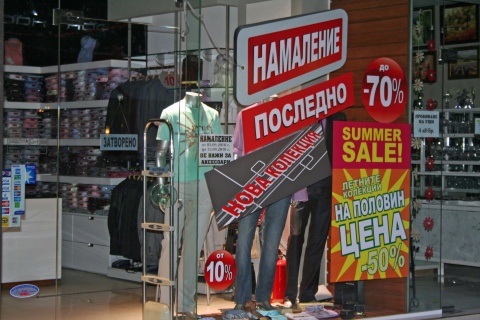 Salespeople, IT specialists and call center agents have been the most sought after jobs in 2011 and their popularity will increase even further in 2012, according to Bulgarian Managers and Human Resources Consultants.

According to the experts, as cited by mass circulation Trud daily, this is not a surprise trend because a substantial share of the jobs in the country are generated by major chains of stores and foreign companies which have outsourced their customer care operations to Bulgaria.

The specialists also pinpoint IT firms as very active recruiters.

The companies will reportedly seek to hire both high-skilled professionals and low-skilled workers.

"The most job places are created in retail and wholesale trade. This can be attributed to the investments made by retail chains and to the opening of new stores in shopping centers, which usually happens before Christmas," says Svetla Stoeva, Chair of the Managing Board of the Bulgarian Human Resource Management and Development Association (BHRMDA).

She forecasts that 2012 will see a further increase in the demand for various specialists in the IT sector.

Another cause for optimism have been signals that new outsourcing centers are planning to set foot in the country in 2012, while the existing ones will expand their activities.

Bulgaria's major advantage in the sphere is not just cheap labor but also Bulgarians' ability to speak foreign languages accent-free.

The most demanded foreign languages are German, English and French .

According to Tomcho Tomov, HR Manager at TeProMetal, there will be a growing demand for engineers specialized in production automation, hydraulics, energy systems and electronics.

"Unfortunately, Bulgarian universities have slashed admission rates in these majors over the past few years and the young people are unmotivated to apply. They are attracted by by majors which sound very modern but offer no perspectives," Tomov says.

There has been a global shortage for such specialists, with recruitment experts cautioning that if the problem does not get solved, it will hamper economic development.

HR specialists claim that another reason for the lack of specialists is that a wide majority of the companies fail to develop long-term staff management strategies.

One of Bulgaria's biggest problems is that it lacks a database containing information about the qualification of its workforce and job forecasts.

"We carried out a survey which revealed that the qualification of 30% of the employes surpasses the requirements at their current job. This means that many people earned their degrees and could not find a job in the field" Tomov notes.

In the next few moths, the job market will allegedly stay dormant.

Experts expect things to start looking up in spring at the earliest, when employers will start recruiting people for the summer season.

In 2012, the business sector will continue to seek better results with fewer employees in a bid to match lower consumption.

"The tendency for one person to do more than one job will grow stronger. An increasing number of employers will seek flexibility from their workers, meaning that they should be able to switch between tasks," adds Nadya Vadileva, Managing Director of Manpower for Bulgaria, Serbia and Croatia.