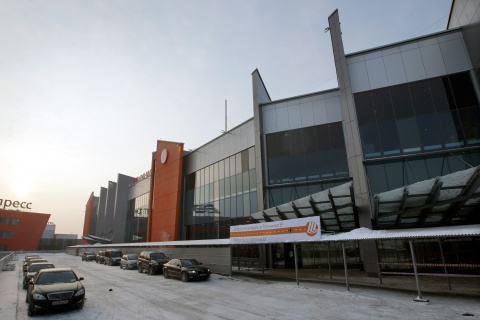 Inspectors at Moscow's Sheremetyevo airport have found 18 cylinders of radioactive Sodium-22 in baggage bound for Iran.

The Russian officers discovered the shipment on Thursday and were searching for the shipment's owners, German press agency DPA reported.

The bag exceeded safe radiation levels by more than 20 times and set off alarms, the Interfax news agency reported, as cited by DPA. The material had been packed in separate steel cylinders.

Sodium-22 is used in medical applications. The material is produced in a cyclotron by artificial particle acceleration, and does not occur in nature. Cyclotrons are normally used for physics research.

Russia has assisted Iran with the construction of the Bushehr nuclear power station, and also provides the country isotopes of molybdenum-99 and iodine-131 for medical purposes and research.

Russia says it opposes Iranian efforts to develop nuclear weapons - a goal Tehran has said it is not interested in despite concerns about that in the West.