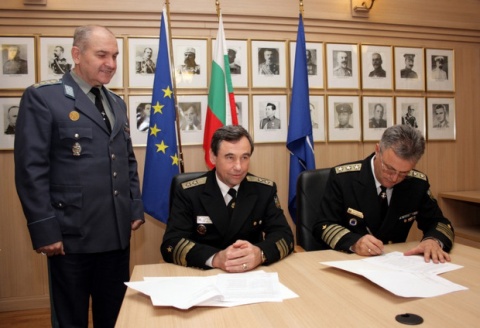 The Bulgarian Navy has changed its Commander-in-Chief at a special ceremony at the Defense Ministry headquarters on Thursday.

"I wish success to both of them. I am convinced that the Bulgarian Navy is again in good hands – as it has been to date," Bulgaria's Head of Defense Gen. Simeon Simeonov told Manushev and Nikolov at the ceremony in Sofia.