US Seeks to Partner with Bulgaria in Nanotechnology 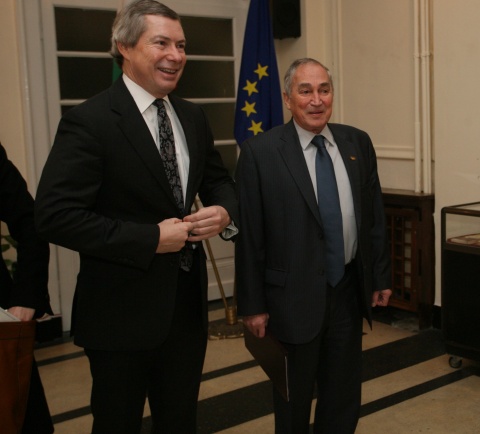 Bulgarian researchers should partner with the US in the field of nanotechnology, according to US Ambassador to Bulgaria James Warlick.

During a discussion on the opportunities of nanotechnology on Thursday, the US envoy pointed out that the Bulgarian Academy of Sciences (BAS) is not only a leading scientific institution in the Balkan country but also internationally recognized in the fields of mathematics and engineering.

Warlick predicted that Bulgaria will establish itself as a leading European country in terms of nanotechnology.

Currently, a total of 226 nanotechnology projects are financed in Bulgaria, 198 of which are being developed by BAS, the academy's head, Nikola Sabotinov revealed on Thursday.

He stated that nanotechnology is viewed as one of BAS's key research directions, Darik radio informs.

Researchers from the academy are working on a robot that can choose which sperm cell has the best morphological characteristics and insert it directly into the ovum cell. The robot is only 4 microns thick and may have various applications in reproductive medicine and other fields.