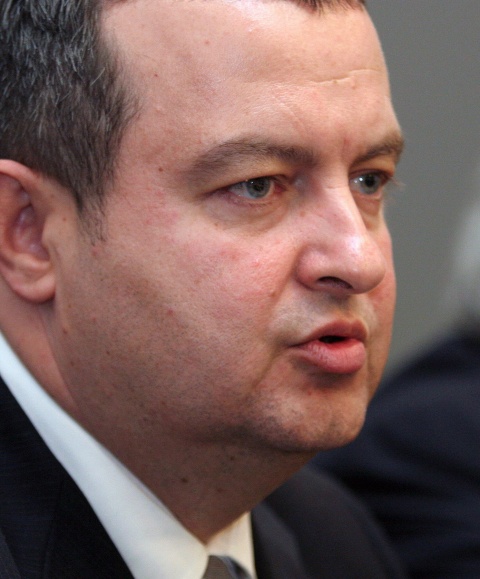 Serbian vice-PM Ivica Dacic has criticized the EU of not been committed in earnest to the membership of his country. Photo by EPA/BGNES

Serbian citizens and government should face the reality that the EU's requirement for membership is Serbia's recognition of the Kosovo's independence, said vice-PM and Interior Minister Ivica Dacic.

The Serbian Minister's words come after Serbia failed to get a much-expected official EU candidate status at the European Council end of last week.

Tuesday Dacic criticized the EU of "betraying the expectations of Serbia's citizens" and of changing its radically switching its requirements in the process of EU integration.

"In 2000, when talks started, no one put on the table the question of Kosovo's independence, while 11 years later we cannot even get a candidate status," remarked the Serbian Minister of Interior.

Dacic recalled that Serbia removed Slobodan Milosevic from power, installed key internal reforms, fully cooperated with the Hague International Criminal Tribunal for the Former Yugoslavia, and adopted a number of declarations relating to misdeeds during the Yugoslav wars in the 1990s - all requirements for the EU integration process.

"If the European Union is no longer looking for enlargement, it better say so," quipped the Serbian Interior Minister, adding that he is fully supportive of the EU integration of his country, given it will not breach key national interests.

This is the first statement so far by a senior Serbian official admitting that recognizing the independence of breakaway province of Kosovo is a de facto requirement by the European Union.