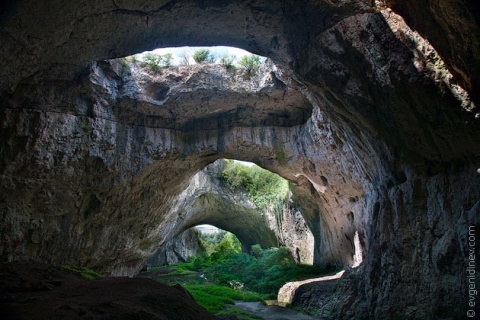 The European Commission has sent a letter to the Bulgarian Ministry of Environment and Waters inquiring information on the case with the dead bats in the Devetashka cave.

The information was reported by Nikolay Simov, a Bulgarian zoologist from the Center for Bat Studies and Protection at the Bulgarian Academy of Sciences, BAS, cited by the Bulgarian "Trud" (Labor) daily.

The expert is further quoted saying that EC sanctions could be looming for Bulgaria. NGOs are planning to sue to Ministry over the permission for the recent filming of Hollywood blockbuster "Expendables 2" in the cave and the inactivity of the institution.

It was reported over the weekend that the bats inside Bulgarian Devetashka cave, a key spot for spending the winter season, have come out of hibernation much earlier than usual and it is unclear how many will survive until spring.

The conclusion was made by the Center for Bat Studies and Protection after a check of the cave.

Experts, cited by the TV channel bTV, say that all colonies are active at times they must be in hibernation over the noise and being disturbed during the filming.

Several dead bats have been found inside the cave and the cause is in the process of being established.

The environmentalists conclude the filming had been in violation of the law since under current legislation the cave can be used only for tourism and scientific research.

At the end of December, Simov reported that the bat population in the Devetashka Cave has been reduced to 1/4, after the shooting of the movie.

"The shooting harms the bat habitat - with the placement of props, the cutting down of vegetation, as well as disturbance by the presence of large numbers of people and the noise they make," said Simov, pointing out the special check conducted after the session showed that at present there are some 8,000 in Devetashka Cave, while last year they were 30 000.

"What is even more alarming for us is that the legal regulations were not respected. The regional environmental inspectorate has no authority to give a permit for filming in this protected area," the expert explained.

The coming of an all-star team, including Sylvester Stallone, Bruce Willis, Arnold Schwarzenegger, Chuck Norris, and others, has been a media sensation in Bulgaria.