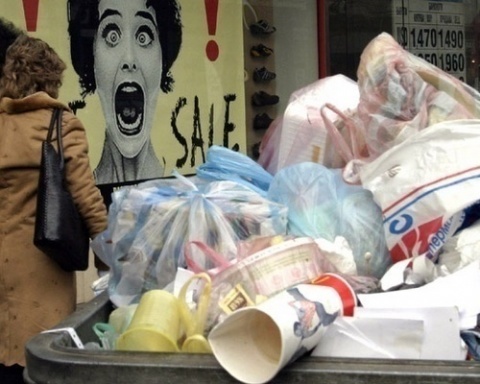 The Sofia City Hall is negotiating with other municipalities to find a place for the last 90 000 tons of garbage bales dumped and rotting near the capital.

According to representatives of the City Hall, the solution will be found by the end of the year.

These is the last garbage remaining from the staggering 600 000 tons, embedded in the memory of Sofia's residents. The City Hall currently pays BGN 20 for the deposit of one bale, which is a lucrative amount for smaller municipalities.

Representatives of the capital's administration are quoted by bTV saying one of these municipalities is Karlovo, in central Bulgaria, but local officials there have denied they were in talks over the issue, saying they only learned about it from the media.

Until the Sofia waste plant is built, three separating machines, in the nearby villages of Trebich, Chelopechene and Suhodo,l will process the capital's waste.

The project for the new, modern waste plant and landfill near the village of Yana has been delayed several times. The current deadline is October, 2012.

In the beginning of October, the European Commission surprisingly dropped plans to pursue court action against Bulgaria for failing to properly implement EU waste law, citing progress in preparations for a recycling plant.

The trial against Bulgaria in the European Court of Justice has been suspended since the country has managed to deal partly with the shortcomings, but it will remain on the EC watch list, the Environment Ministry explained then.

More than two years ago Brussels launched an infringement procedure on the issue and the country faced the risk of being forced to pay hefty fines, worth EUR millions.

As Bulgaria failed to address the European executive's concerns, the matter was referred to the European Court of Justice, the highest judiciary authority in the bloc, which the country joined in January, 2007.

Finding a solution to Sofia ongoing waste problems was a politically sensitive issue in the months before the 2009 parliamentary elections, which then Mayor of the capital, Boyko Borisov, won by a large margin.

The previous Socialist-led government officially declared a state of emergency in Sofia at the beginning of April 2009 over lack of adequate waste removal, saying that the garbage problems threatened national security and citing health and environmental concerns.

The then opposition and now ruling party of the former Sofia Mayor, Citizens for European Development of Bulgaria, GERB, dismissed this as pre-election muscle pumping.

The garbage problems started after people, living close to Sofia operational landfill at Suhodol, began staging rallies, demanding the closing of the dumpsite on the western outskirts of Bulgaria's capital over health and environmental concerns.

The dumpsite was reopened at the beginning of December 2007 when the Environment Ministry backed the controversial option to prevent a looming garbage crisis.