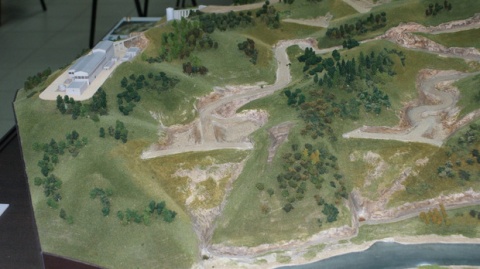 Dundee Precious Metals' investments in a controversial project for a big open-pit gold mine near the Bulgarian town of Krumovgrad will pay back in just a little more than three years, the company's final feasibility study shows.

"We are pleased with the results of the new feasibility study on our Krumovgrad project which confirms the commercial and economic viability", commented Jonathan Goodman, President and CEO.

"The Krumovgrad gold project has been designed to become a showcase for environmental responsibility, community relations and mine management that will allow us to create value for our shareholders and at the same time bring new economic opportunities into a great community," he added.

The area below the prominent Ada Tepe hill is expected to have a mine life of nine years, assuming an annual operating rate of 850,000 tonnes ore and 31% internal rate of return.

The project, which faces fierce opposition by the local community, was recently given a provisional go-ahead by the Bulgarian environment minister, who approved the company's environmental impact assessment.

Earlier this month the people living in the poor Bulgarian town of Krumovgrad resumed their vehement protests against plans by Canadian mining company Dundee Precious Metals to open a big open-pit gold mine, spurred by the worldwide gold rush.