Syndicates: FinMin Is Detrimental for Bulgaria 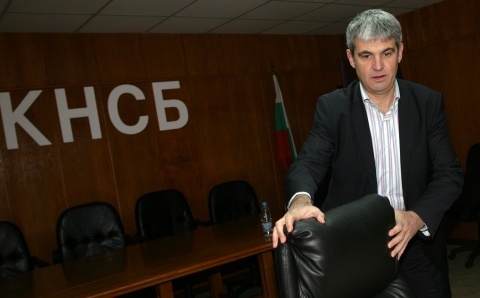 KNSB President Plamen Dimitrov remains unwavering in his opposition to retirement reform plans of the cabinet. Photo by BGNES

Deputy Prime Minister and Finance Minister, Simeon Djankov, is detrimental for the country with his poor job performance.

The statement was made by the President of the Confederation of Independent Bulgarian Syndicates (KNSB), Plamen Dimitrov, speaking in an interview for the Bulgarian National Radio, BNR, Sunday, commenting on the planned retirement reform and protests that have gripped the country in the last week.

When asked by the host if KNSB are demanding Djankov's resignation, Dimitrov said this was the Prime Minister's job.

In the same interview, Konstantin Trenchev, President of the other major labor union in the country - Podkrepa (Support) Labor Confederation, stressed that all ministers, with very few exceptions, were pressured by Djankov and forced to follow his orders. He said the Deputy PM's behavior should have been reassessed much earlier – at the time he unrealistically wanted to make Bulgaria a member of the Eurozone and stopped State payments for the business.

"The huge problem of this individual is that he only sees numbers and never the people behind them. A Finance Minister must secure both – reasonable expenditures and attracting revenues," Trenchev said and appealed to the cabinet to stop finding excuses in the global crisis and the European debt crisis since Bulgaria had its own one.

Regarding headline news that the German electric energy company E.ON has agreed to sell its Bulgarian unit E.ON Bulgaria to private Czech company Energo Pro, the union leaders pointed out they learned about it from the media and E.ON had made the decision completely in the dark.

"But no one runs away from good things; something made the Germans to want to sell their property – this is a partial answer to the questions why foreign investments in Bulgaria have slumped drastically," Trenchev declared.

Both leaders also stated that the cabinet, in the latest talks on the retirement reform, have broken earlier promises to the syndicates.

"Here again, we learned from the newspapers that what we debated earlier and said no to, has now been slated for voting in the Parliament," the Podkrepa leader explained.

"How can we have a dialogue, when something gets signed and then one of the sides undertakes actions, which kill the contract?" he asked rhetorically.

Dimitrov vowed new protests if the Parliament passes the reform, and stressed the increase of retirement age would not do anything the fill the budget gap at the National Social Security Institute, NOI.

In a recent TV interview, Prime Minister, Boyko Borisov, in comments on the protest rallies all over Bulgaria, pointed out he was counting that the syndicates would abstain from "pulling the devil's tail too much" because tensions will escalate and they won't be able to control the situation.

Tens of thousands of people from across Bulgaria gathered Wednesday in front of the parliament in downtown Sofia in protest against planned changes in the retirement system. In the aftermath, Borisov revealed that the sudden upping of the country's retirement age with one whole year starting January 2012 had been his idea.

Later Wednesday, Borisov's ruling center-right Citizens for European Development of Bulgaria party, GERB, retracted this plan and proposed a gradual retirement age upping with four months each year until 2014 for all employees.

On November 13, KNSB and Podkrepa announced they were quitting the Three-Way Council, which now has only representatives of the business and the cabinet. The syndicates are outraged by the controversial and sudden increase of retirement age and eliminating years of service in determining wages of State servants – both brainchildren of Deputy Prime Minister and Finance Minister, Simeon Djankov.