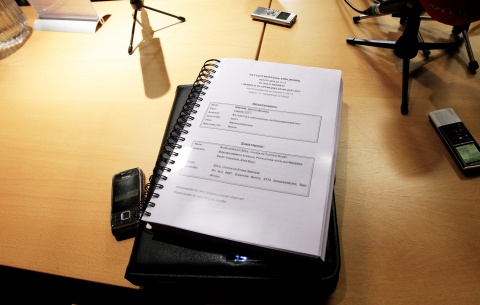 The psychiatric evaluation of Anders Behring Breivik at a press conference at an Oslo Police station, Norway, 29 November 2011. EPA/BGNES

Norwegian terrorist mass killer Anders Behring Breivik has disputed a psychiatry report commissioned by the court which has concluded he is insane and unaccountable for his actions.

According to the psychiatry report revealed Tuesday, the shooter suffers from paranoid schizophrenic disorder and needs compulsory treatment.

"To be defined insane is the worst Breivik could wish. That makes him just a madman talking from the tribune," stated then victims' lawyer Anne Selan, as cited by Dagbladet.

The 32-year-old right-wing Christian extremist has been in custody since the 22 July attacks in Oslo and at a youth camp on the island of Utoeya.

The attacks resulted in 77 deaths, 69 of them on Utoeya, and 151 persons injured.