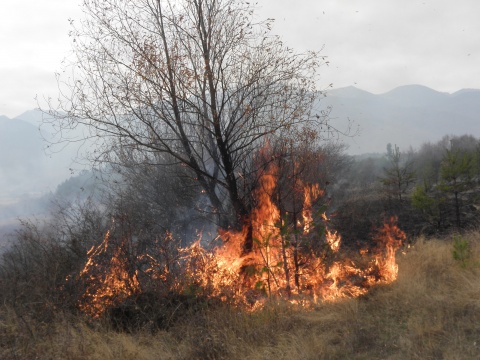 Two wildfires raged in Bulgaria on Friday. Photo by BGNES

Units from the Bulgarian armed forces have helped put out a wildfire that crossed into Bulgaria from Greece.

The fire entered Bulgaria near the village of Plovdivtsi, Rudozem Municipality, from a border area in Greece, in the Rhodope Mountains, Friday afternoon.

It was put out by local firefighters with the help of troops from the Smolyan military base.

In a separate incident, the Bulgarian Air Force used Mi-17 helicopters to combat a fire in the central part of the Balkan mountain (Stara Planina), in central Bulgaria.

A total of 48 metric tons of water were poured to put out the wildfire in 16 sorties.