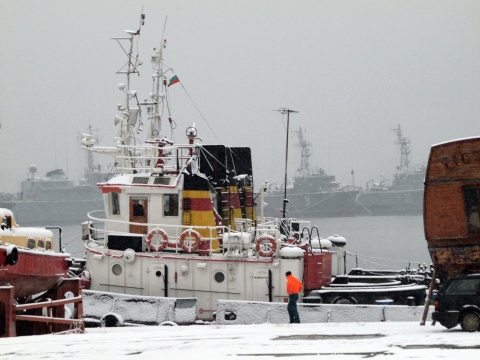 Bulgaria hopes that Hamburg Port and Logistics Company, the operator of Germany's major port, will express interest in the concession of the Bulgarian Port Varna on the Black Sea, Transport Minister Ivaylo Moskovski stated in Berlin.

"We are currently preparing the procedure for the concession of Port Varna, and I hope that the operator of Port Hamburg will be interested," Moskovski stated at a meeting with Klaus-Dieter Scheurle, State Secretary of Germany's Ministry for Transport, Construction and Urban Planning in Berlin on Thursday.

He added that Bulgaria's Cabinet plans to offer on concession four or five Danube Ports as well as Sofia Airport and Plovdiv Airport.

""The program of the Bulgarian government provides for granting the Bulgarian ports and airports on 35-year concessions since the national budget does not have sufficient funds for investments," Moskovski explained in Berlin.

The airports in Black Sea cities Varna and Burgas have been granted on concession to Fraport Twin Star Airport Management company, a German-Bulgarian consortium between the Varna-based TIM group's holding "Chimimport" (40%) and the German "Fraport", since 2006.

In 2010, Fraport Twin Star Airport Management paid the Bulgarian state a total of BGN 13 M for the concessions of Varna Airport and Burgas Airport, which slightly less than the BGN 14 M profit made by state-run Sofia International Airport. Sofia Airport, however, has more passengers than Varna and Burgas combined.