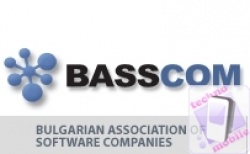 The software sector in Bulgaria generated a total of BGN 1 B (approximately EUR 512 M) last year, according to the Bulgarian Association of Software Companies (BASSCOM).

"Roughly speaking, we reckon that the whole ICT sector generates between 9.5% and 10% of the GDP," a BASSCOM representative, Georgi Brashnarov, has told the Bulgarian Capital Daily.

However, if no concrete measures are taken for improving the education of high-quality employees for the software sector, it would miss the opportunity to register a 10-fold growth over the next decade, another BASSCOM representative, Yavor Dzhenev, has stated for the newspaper.

According to Brashnarov, incentives should be created for Bulgarians studying abroad to return to their home country and be employed in its software sector.

BASSCOM believes that Bulgaria is no longer attractive for its low salaries in the sector, since they have increased to reach a level observed in developed economies.

Over the past few years, the software sector in Bulgaria has been growing despite the crisis, with new employees being hired and salaries increasing, the association points out.