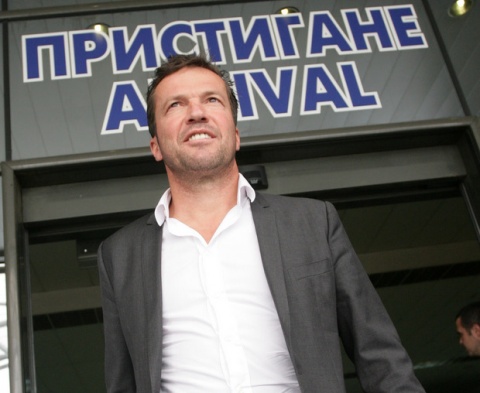 The former coach of Bulgaria Lothar Matthaeus arrived in Sofia Wednesday to end formally his contract with the Bulgarian Football Union.

Matthaeus was fired as head coach of Bulgaria at the end of September over poor results and fierce opposition from the dressing room.

He was in charge of Bulgaria for a year, in which the Bulgarian internationals failed miserably in making any headway in the Euro 2012 qualifications.

"We sign a contract a year ago, and I expected that I will be able to work with the Bulgarian team for at least three years. When we played Belarus [in August] we reached an agreement to extend the contract but things have apparently changed," Matthaeus told journalists at Sofia International Airport Wednesday, as cited by bTV.

"I am not going to talk about money and compensations. I am free as of tomorrow, and have already received offers from football clubs and national teams. I wish success to the new coach of Bulgaria even though he is going to have a tough job. Even after I left the team lost to Ukraine and Wales. As I had been saying from the very beginning, football in Bulgaria needs a major change in order to achieve results," stated the German legend, who is known for having an unconvincing record as a coach.

He emphasized that he will remain friends with the head of the Bulgarian Football Union Borislav Mihaylov.