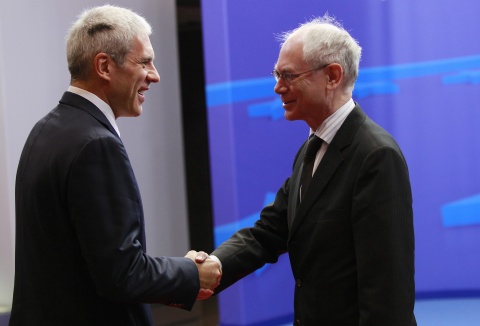 Serbian President Boris Tadic has issued an unprecedented appeal to Serbs in Northern Kosovo to lift road blockades to ensure the peace of their region.

Ethnic Serbs, who are the majority in Northern Kosovo, do not recognize the unilateral declaration of independence from Serbia.

They have resorted to blocking road access to the border with Serbia over the summer, after Kosovar authorities moved on to take hold of checkpoints in order to impose a trade embargo with Serbia.

Meanwhile, NATO KFOR units have moved to lift blockades, which has resulted in a number of wounded on both sides.

"I am calling on local authorities in Northern Kosovo to ask citizens to lift the blockades, which are not helping but rather imperiling Serbian national interests," said Serbian President Tadic Tuesday.

This is the first high-level urge on the part of a Serbian leader to that effect.

Serbia is hoping to get an official candidate status for the EU during the European Council meeting early December.

But key EU member states, in particular Germany, have said that this will not happen before palpable progress is made in talks with Kosovo.