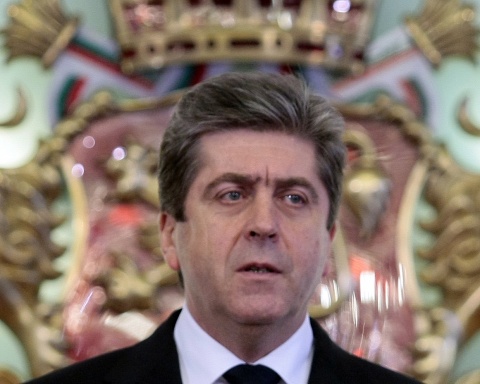 Outgoing Bulgarian President Georgi Parvanov has said he has no plans to run again for office, as the Bulgarian Constitution allows him only two terms.

Parvanov, then leader of the Bulgarian Socialist Party, was elected for a first 5-year term in 2001, and then re-elected in 2006, his second term expiring in January 2012.

Parvanov's comments, published in his official Facebook profile, have been provoked by an interview of Bulgarian historian Prof. Iskra Baeva in Tuesday's issue of wide-circulation daily Trud, in which she suggested he might run for a third presidential term later on.

"If find Prof. Baeva's interpretation of the Bulgarian Constitution quite intriguing. I am ready to send her a copy of the supreme law, in which it is expressly stipulated that the President cannot serve more than two terms," commented Paravnov.

Art. 95(1) of the Bulgarian Constitution reads: "The President and the Vice President shall be eligible for only one re-election to the same office."

This in the past has prompted some to speculate that the Constitution actually allows a president to serve more than two terms if he skips one, since technically speaking he or she would then not run for re-election.

A similar constitutional arrangement in Russia has allowed Vladimir Putin, who has already completed two terms in office, to be currently running for a third term in March 2012 elections.

Baeva, an historian like Parvanov, has been serving as his adviser since 1996. In his Facebook statement Parvanov acknowledged that fact but denied as unconsitutional any plans to re-run for president.

Over the summer, Parvanov had said that Bulgarian citizens will have the opportunity to vote for him once more after his presidential term is over, suggesting he does not plan to withdraw from active politics.

At the same time, his comment was in response to a question whether he plans to return to the Bulgarian Socialist Party he chaired 1998-2001, an intention he later confirmed.

Some sources among the socialists have speculated Parvanov might try to reassume leadership from current leader Sergey Stanishev, who was recently elected interim PES president, at the Bulgarian Socialists' congress in the fall of 2012.