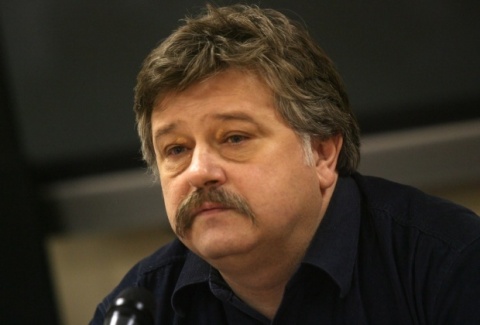 Evgeni Dushkov from Bulgaria's Podkrepa labor union says over 20 000 people will gather in downtown Sofia to protest against the retirement reform and other unpopular measures of the cabinet. Photo by BGNES

Bulgarian syndicates are expecting 20 000 people to gather in front of the building of the Parliament in downtown Sofia in a nation-wide protest on November 30 over the planned changes in the retirement system.

The strike committees at the two major Bulgarian labor unions, the Confederation of Independent Bulgarian Syndicates (KNSB) and the Podkrepa (Support) Labor Confederation have met to discuss details about the organization of the rally, along with the strike at the heavily-indebted Bulgarian State Railways, BDZ Holding.

The information was reported Tuesday by Evgeni Dushkov from Podkrepa.

Speaking for the Bulgarian National Radio, BNR, Dushkov said the syndicates were expecting a minimum of 20 000 of their organized members in addition to hundreds of citizens and organizations who have called to declare their intentions to take part.

The labor union activist further stated that there weren't any signs the dialogue with the BDZ management was improving. Podkrepa are planning measures to offer legal help to striking workers and will file Court claims over lockout.

On November 13, Podkrepa and KNSB announced they were quitting the Three-Way Council, which now has only representatives of the business and the cabinet. The syndicates are outraged by the controversial and sudden increase of retirement age and eliminating years of service in determining wages of State servants – both brainchildren of Deputy Prime Minister and Finance Minister, Simeon Djankov.