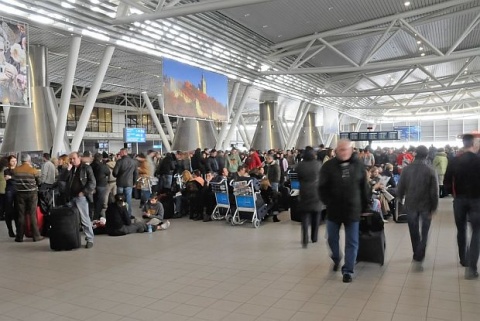 A Bulgarian delegation headed by Parliament Chair Tsetska Tsacheva missed a Friday regular flight from Sofia to Delhi for reasons yet unspecified.

Tsacheva, Culture Minister Sergey Ignatov and Health Minister Stefan Konstantinov, as well as a number of MPs, were supposed to head for Vienna at 10:55 a.m, where they had to catch a connecting flight to India, Darik Radio reported.

The delegation was scheduled to depart Friday morning for a four-day visit to India.

According to Vanyo Sharkov, MP of the Union of Democratic Forces (UDF), the group of Bulgarian Ministers and MPs arrived at the government VIP hall of the Sofia Airport at 09:45 a.m.

Sharkov told journalists that the Parliament's Protocol Department had done what it was supposed to and the airport staff was to blame for accident.

He explained that a minibus had come to pick up the delegation as late as 11:00 a.m. and as they approached the gate they saw the plane take off from the runway.

The rightist MP insisted that it was the airport authorities' fault because he saw the baggage truck carrying the delegation's belongings as the plane started taxiing.

The Bulgarian representatives are expected to catch a 16:40 flight to Delhi via Munich and will not skip any part of the visit because the official program is scheduled to start on Saturday morning.

According to Hristo Kraevski, head of the parliamentary press office, the accident happened because of delays in the check-in and baggage handling procedures.

Asked to comment on the matter, Transport Minister Ivaylo Moskovski said that a check had been launched to identify who was to blame for the missed flight and vowed that the airport personnel would be served adequate penalties if found guilty of the delays.