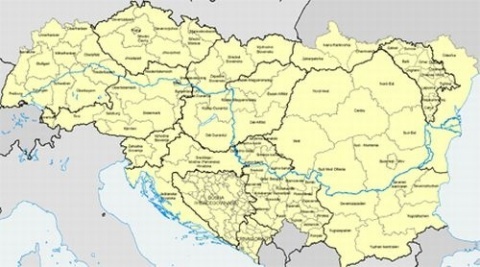 14 countries participate in the Danube Strategy for joint developemnt. Map by http://ec.europa.eu

One of the major goals of the EU Danube Region Strategy is to increase by 20% the freight traffic on the Danube river by 2020, according to Bulgaria's Deputy Regional Development Minister Nikolina Nikolova.

Nikolova, who is in charge of coordinating the implementation of the EU Strategy for the Danube Region on Bulgaria's part, spoke in Sofia Thursday at a conference entitled "Development of Tourism in the Danube Regions."

She reiterated, as cited by money.bg, the major rationale of the Danube Strategy – improving international understanding in Eastern Europe and achieving greater integration of national markets by boosting transport infrastructure, labor force mobility, and development of small and medium-sized enterprises that can work as joint ventures.

As far as the Bulgarian-Romanian section of the Danube is concerned, the expansion of the freight traffic in the lower part of the river will hardly be possible since in the last few months the Lower Danube has registered its lowest water levels since 1941 which has greatly hurt the commercial navigation.

At the same time, however, Bulgaria's government is hoping to use some of the EU funds that it will get in 2014-2020 for the badly need expansion of the Danube River navigation waterway estimated to be worth EUR 371.5 M.

The waterway at one of the problematic low water level spots in the Bulgarian section of the Danube near the island of Batin was supposed to be expanded with an EUR 130 M grant from the EU Operational Program "Transport" but the project failed, and the funds were channeled to other projects by the Bulgarian government.

One of the major conclusions of the experts participating in Thursday's conference is that tourism in the regions along the Danube is lagging greatly behind even though the regions themselves do have a number of prerequisites for spurring international tourism.

The Danube links 14 nations: Germany (Baden-W?rttemberg and Bavaria), Austria, Slovakia, the Czech Republic, Hungary, Slovenia, Croatia, Serbia, Bosnia and Herzegovina, Montenegro, Romania, Bulgaria, the Republic of Moldova and Ukraine (the regions along the Danube). Eight are Member States of the EU and six are not.

Together, the Danube region accounts for as much as 20% of the total EU territory and has 115 million citizens. It includes as well the poorest countries in EU (Bulgaria and Romania) as Austria and Germany.

Among the key areas in which the EU Danube Strategy is focused on are tourism, transport, environment, economical and social development.