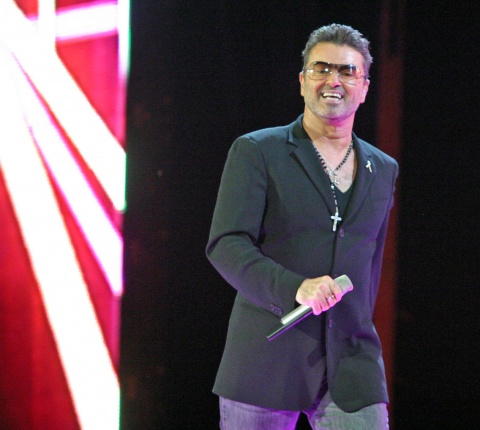 A mature and politically engaged George Michael took the stage in Sofia in May 2007 in what was widely described as the most impatiently awaited gig of the year in Bulgaria. File photo by Sofia Photo Agency

Singer George Michael has pneumonia and has been forced to cancel at least five shows, his website says, fueling speculations over his health condition.

"He is currently receiving treatment," the brief statement says.

Michael has postponed shows scheduled for this weekend in Cardiff, Wales, after putting off shows earlier this week in Vienna, Austria, and Strasbourg, France.

He was also a no-show for a London concert scheduled for October 26. That concert is now scheduled for May 2, 2012, his website says.

George Michael's exalted Bulgarian fans had the pleasure to enjoy their idol's show in May, 2007. The concert was part of George Michael's "25 Live" concert tour, his first in over fifteen years.

The British pop star canceled a concert in Germany to come to Bulgaria and embrace the campaign "You are not alone", which aimed to raise the international profile of the Bulgarian nurses, who were at that time sentenced to death in Libya on bogus charges of intentionally infecting 426 children with AIDS.

A mature and politically engaged George Michael took the stage in Sofia in what was widely described as the most impatiently awaited gig of the year in Bulgaria.

To prove his allegiance to the cause, George Michael wore a red, white and green ribbon - the country's national colors, a symbol of the initiative, taken up by Darik Radio, the private national channel bTV and Standard newspaper that united thousands of Bulgarians in support of the nurses.