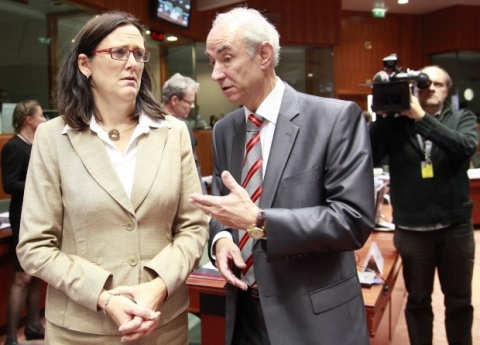 The Netherlands has made it clear it will remain unwavering in keeping Bulgaria and Romania out of Schengen until they present proof of making progress in fighting corruption.

"It's 100 percent sure. They don't have to put it on the agenda (of the summit). To us, the answer is clear," Dutch Immigration and Asylum Minister Gerd Leers told reporters in Brussels, referring to a proposal to discuss the issue at a summit of EU leaders on Dec. 9.

"(Romania and Bulgaria) have to deliver first. That's more important than finding a solution."

Leers said the Netherlands would examine a European Commission report on anti-corruption efforts in Romania and Bulgaria, due in February, for any indications of a progress.

"If we see progress in February, then we have a start," he said.

According to Leers there is a risk that Bulgaria sees a repeat of the scenario in neighboring Greece, which is failing to hold back illegal migrants pushing to enter the EU from Turkey.

"We have to make sure what's happening in Greece won't happen in Bulgaria," he said.

The statement comes about a month after reports that Finland has softened its position on Bulgaria and Romania's Schengen accession.

The Nordic country is now in favor of the EU opening its air and sea borders with Bulgaria and Romania in March 2012, while land borders would be discussed in July.

The Dutch government had always insisted that positive and irreversible results in the fight against corruption and organized crime are a must. According to the Dutch government since the European Commission's monitoring reports on Bulgaria and Romania under the verification and cooperation mechanism in the summer had not been that good, the Dutch Parliament cannot support the accession at this point.

Bulgaria and Romania were initially planned to join the Schengen Area in the spring of 2011, but their entry was opposed by France and Germany, which also voiced objections relating not to technical criteria, but rather to corruption and organized crime.

In September, Finland and the Netherlands joined the camp of the opponents, vetoing the setting of an accession date for the two countries.