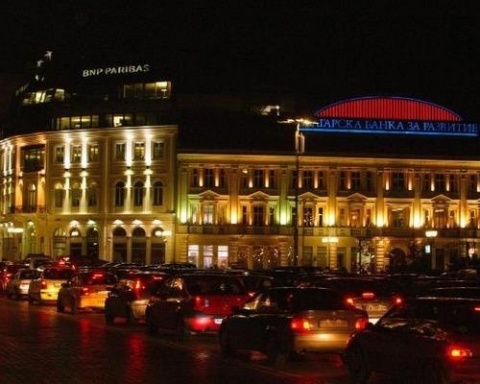 The Outlook on the Long-Term IDR is Positive, Fitch Ratings announced Wednesday.

"The Bulgarian Development Bank's IDRs and Outlook are aligned with the Bulgarian sovereign.

They reflect the high probability of support given the bank's 99.9%-ownership by the Bulgarian government, its core development mandate and function as a governmental policy instrument as well as the legal framework governing the bank. They also reflect the bank's relatively small size and track-record of operating with low leverage, and hence the small size of any potential support, if required, from the sovereign. A change in the bank's Long-term IDR could result from a change in Fitch's view of the sovereign's ability or willingness to support the bank, or a change in the bank's current role," Fitch explained.

These are driven by wide net interest margins, themselves derived from low funding costs and the higher-yielding SME loan book which accounts for a third of the bank's earning assets. Development Finance Institutions remain a key source of long-term funding for the bank. The bank does not accept retail deposits. The bank's high reported regulatory capital ratios (Tier 1 ratio at end-June 2011: 63.1%) indicate the bank is positioned for growth.

Impaired loans (loans overdue by 90 days) increased to 8.9% of the gross SME loan book at end-Q311 (end-2010: 7.9%). This ratio however remains better than the sector average of 14.5%, in part due to BDB's less seasoned portfolio. The agency does not expect improvements in asset quality in 2012, due to a challenging operating environment for SMEs, and the bank's planned shift to a "smaller" and possibly riskier SME borrower. This shift however, will help ease the current obligor concentration levels, which remain high (the top 20 loans accounted for 62% of the end-Q311 gross SME loan book).

BDB's mandate is to provide loan financing to domestic SMEs, either directly, or through the provision of wholesale earmarked funding for SMEs through local commercial banks. The bank also acts as the preferred agent for various government lending programmes, including the assimilation of EU funds. The bank has two wholly-owned subsidiaries, the National Guarantee Fund and the JOBS Microfinance Institution.